Should you use emojis in your business communications? 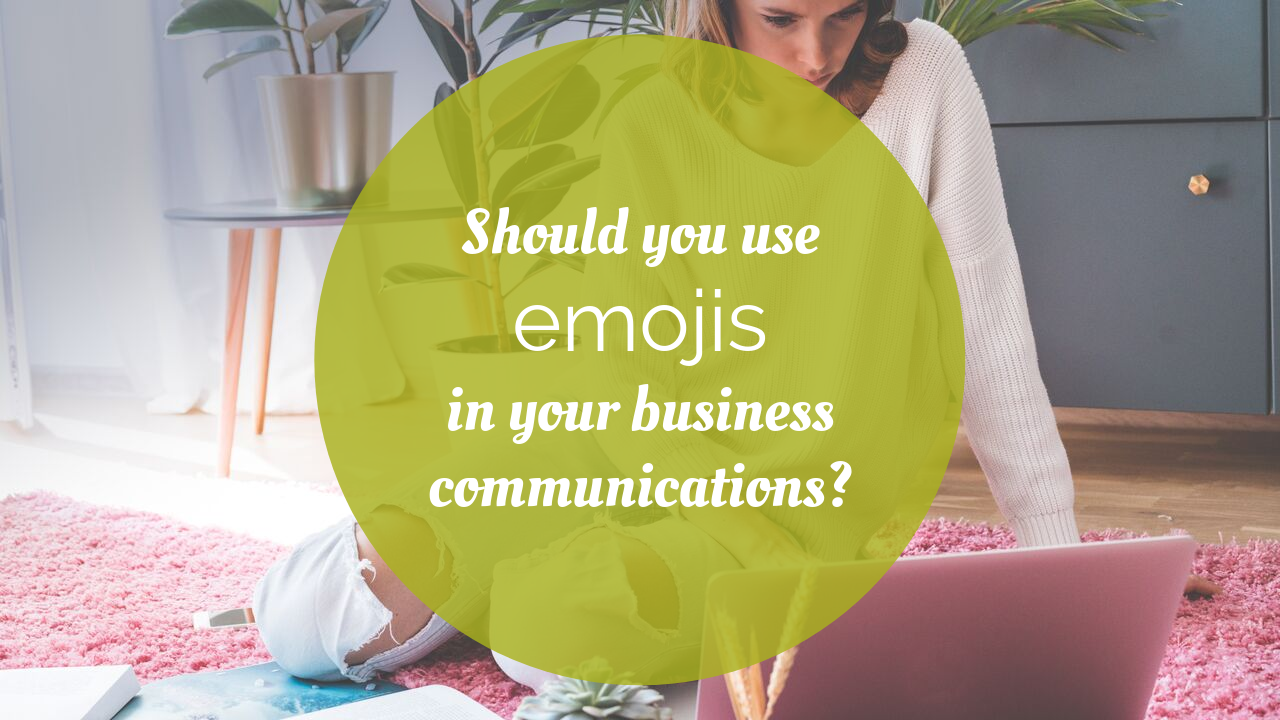 The use of emojis in business communication can be a somewhat controversial subject. Many believe it’s the feminine way to do business, whilst others argue that it’s not professional. Yet, it isn’t that clear cut – here’s why.

I recently saw a rather lengthy and heated discussion on a Facebook post. A businesswoman posted a status, saying that women who use emojis were cheapening their professionalism and using flirting techniques to get business. It went on to state that they were ‘crying out for rights, whilst crying for attention’.

Needless to say, a rather heated discussion ensued.

Regardless of your view of emoji use, it’s the initial judgement of how other women do business, that gets my back up. Because, yes – it is primarily women who use emojis. But slating women for how they do business is also something that women in business are often seen to be doing. Instead of helping raise other women, we seem hell-bent on tearing them down!

Emoji use – is it all sugar, charm and sex appeal?

I know a lot of women who use emojis in business – I for one, tend to use them. I also know women who don’t use them, as they think emoji use leads to a post that’s too sugar-laden for their tastes. I don’t believe they think that the driving force behind the use of emojis, is one of charm, flirting and sex appeal.

Emojis are popular with certain age groups and niches

For starters, the use of emojis is one that's driven by age. Most emoji use seems to be with those women who are 35 years old and younger. It’s also more prevalent in particular niches. Women coaching women, artistic and crafty-based niches, alternative therapies, heart-based businesses and female entrepreneurs who are already quite feminine by nature, tend to use them more.

But, because you use emojis or work in a feminine environment and in a feminine way, it doesn't mean you're all girly and pink! Many successful female entrepreneurs work in these niches that do (and don't!) use pink. Many also have an aversion to hearts, flowers and girly stereotypes, as well.

Your use of emojis will depend on your background

Something else to factor into the equation is the person's background. If you’re more feminine by nature, you’ll be drawn to using emojis – it’s the same if you’re creative and emotion/heart-led.

Emojis are often used to show your personality and general terminology. If you’re used to calling everyone lovely or beautiful and often tell friends and family you love them, the chances are you’ll use an emoji or two, to illustrate that.

There are different ways of doing business, and this is something that needs to be taken into account. It’s the ongoing ‘feminine-versus-masculine’ at play. The feminine way of doing business IS different from the masculine. Women DO often run businesses differently, from the terminology they use, through to how spiritual, emotional and intuitive they are.

It also depends on the niche you’re in too. Women tend to dominate alternative therapy niches. There’s a lot of female coaches out there who only work with other females. There’s also a lot of women who help other female business owners to run business in heart-based ways.

Emojis are used by women who work in these industries, as their clients react positively to them.

Your use of emojis needs to be based on who you want to do business with and who you’re looking to attract. If your clients react favourably to emojis – continue using them. Yes, some women tend to overuse them – but again, if it works for them and helps grow their business – why would they stop?

But, if you’re looking to attract and work with men, you may want to change your emoji use! The masculine way of working isn’t one based on hearts, flowers and kisses! Not only will it come across as unprofessional, but it can also be misconstrued as being too forward and flirty. Potentially opening your friendliness up to misinterpretation.

Your message, branding and the platforms you’re using

Another question that arises, is whether emojis are ok on all platforms. Social media platforms are designed for you to show both your professionalism and personality. If that includes emoji use, then go ahead and use them. But, if you’re writing a business email – would the same rules still apply?

This also comes down to who you’re looking to attract. If you’re mailing your ideal clients – then yes, continue interacting how you’d usually interact. Why? Because it comes down to how you’re branding yourself. If your message is one of love, light and all things positive, images and emojis can say so much more than words ever can. But, if you’re sending your business banking team an email – you’ll want to give emoji use the heave-ho.

Add in a dose of professionalism and common sense

It’s about being flexible over how you show up and using your common sense. If it’s important to get your branding and message across, be consistent. If you’re interacting with a member of the male sex – how will your emojis be interpreted? When you’re looking to be professional – are your emojis working for you?

Why emojis might not be a smart move for you

There are times when the use of emojis isn't a smart move. We’ve mentioned them already, but to clarify, here’s a summary:

Why does the use of emojis trigger you?

Finally, if you’re a female entrepreneur who's judging another woman's use of emojis - look at why it's triggering you. If someone else’s behaviour is bothering you, why is that? Is it truly affecting you - or is it bringing out a side of you, you’re not acknowledging? Do you have a belief that it’s rubbing you up the wrong way or does it threaten you in some way? Is it highlighting an issue or wish you have, over how you’re seen and treated by others?

What is it triggering for you? Do you wish you were taken more seriously? Is it down to how you view masculine and feminine ways of working? Traditional versus modern business methods? How about how you view creative and feminine? What fears does it bring out for you?

And, if you believe emoji use is all down to personal choice and preference – why is it even triggering you at all?

Do emojis work for you?

Bottom line, emoji use is a personal thing. The use of emojis, as with inspirational quotes and cute cat videos, is down to personal preference and how your audience reacts to their use. For some, they’ll increase conversions; for others, they won’t. Emojis can also stress what you want to say, better than any words could. Don’t like to swear in business (another controversial topic!)? An emoji could say it so much better.

It’s about using the tools that are available to you. Find what works for you and your business – and let others do the same, without any judgement on your part. 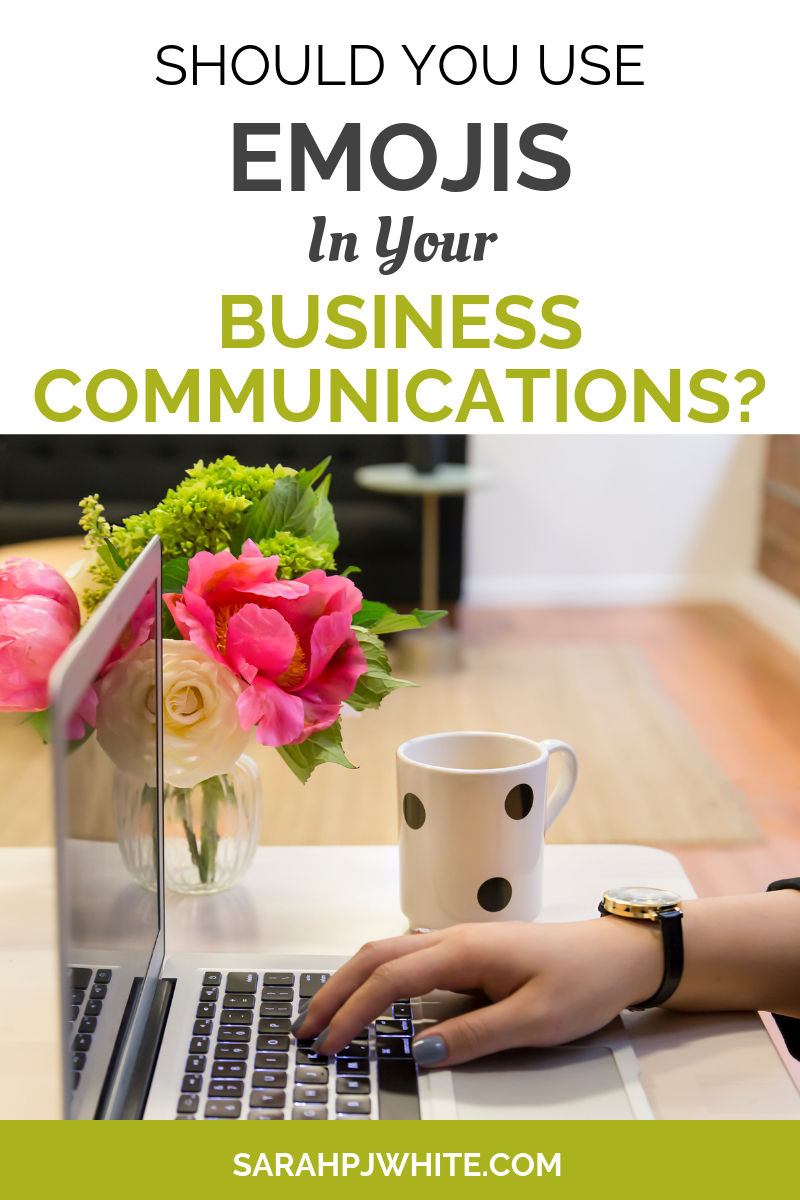 Ready To Put More Of YOU Back Into Your Business?

This free guide will give you the 5 core business stories you NEED to be sharing in your business [& some simple implementation tips!] to help you get visible, have loads of things to share & an easy way to write authentic, aligned content from your heart.

SEND ME THE GUIDE! 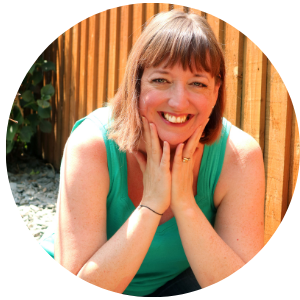 Hello! My name is Sarah & I’m a UK based author & professional writer. I help female entrepreneurs uncover the stories & topics that matter to them & their clients, so they can confidently create magical content that's authentic, aligned & attracts their ideal clients like bees to honey! 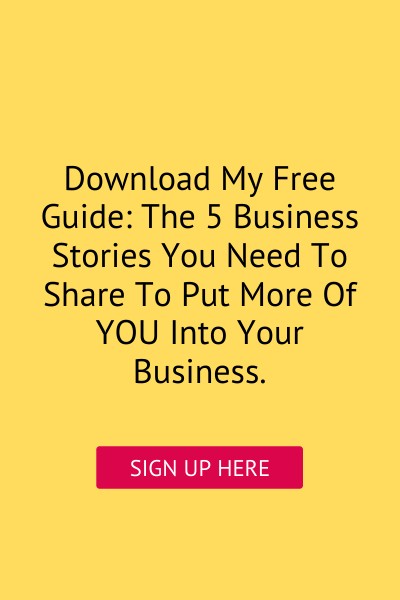 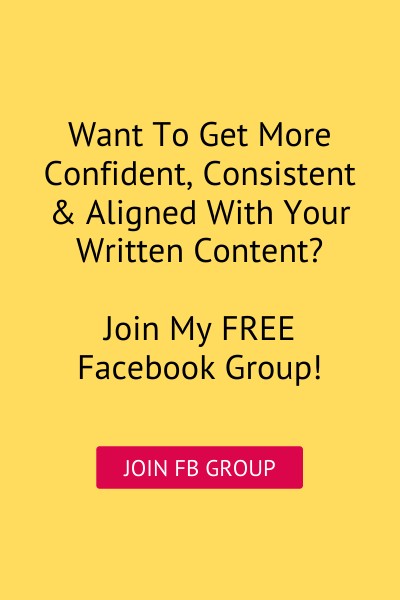 Ready To Put More Of YOU Back Into Your Business?

This free guide will help you understand the five key business stories you NEED to share to help you grow your visibility, form stronger connections with your ideal clients & easily get more confident & aligned with your written content.